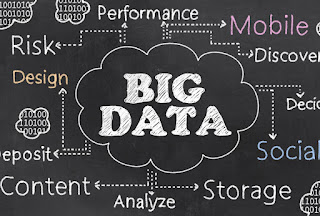 What is common to all three?

It is ‘Cambridge Analytica’, the company that is alleged to have influenced voting in all these places.

By collecting data on personality profiles of people, using various methods - including a software application that garnered data from Facebook profiles - this organization is said to have enabled governments and political parties to specifically target millions of voters --- with advertisements and promotional material that might have swayed their thinking.

Whether this gets proven or not, in the near future, we can be sure of one thing. Our personal data is not ‘secure’ anywhere. And it is being used against us.

If our pictures from iCloud can be stolen, if our personal data in government data centres can be hacked, if our telephone calls can be spied on and tapped, if our website-visits and our actual physical locations’ visits can all be recorded, if our emails can be read by Artificial Intelligence bots (in the guise of targeted marketing software), I think we are moving into a dangerous new world; where nothing will remain private.

It will be a world where, using our personality traits, biased and distorted information is fed to us, through various social media vehicles, by political parties, with the ulterior motive of manipulating our minds.

Just look at what SCL group promises. This is the same group which owns ‘SCL Elections’ and ‘Cambridge Analytica’.

“SCL Group provides data, analytics, and strategy to governments and military organizations worldwide. For over 25 years, we have conducted behavioral change programs in over 60 countries & have been formally recognized for our work in defense & social change”.

I picked the above lines from SCL group’s website. And, as we can see, they make it clear that their aim is behavioural change -- using our data.

And now, look at what ‘Cambridge Analytica’ itself promises, on its website.

“We have up to 5,000 data points on over 230 million individual American consumers. By combining these data assets with your own customer data as well as a proprietary research instrument, we build custom target audiences, which enable us to engage, persuade, and motivate individuals to act”.

They can build custom audiences, they say. And to build them, if they obtain data through unscrupulous means, like it was allegedly done though companies like Facebook, whom should we blame?

This organization? Or Facebook? Or both? Or ourselves? Who betrayed our trust?

We may not know the answer, yet.

However, it is clear that data companies today are built and maintained to help the world. But they can also harm the world.

While Customer Relationship Management is a great thing, the spread of propaganda material, distorted information, and lies is a dangerous trend in politics.

In fact, ‘propaganda’ has become a good example of weaponized information today. Misleading or biased information of political nature is being spread by parties which are actually paying data-companies for their services.

Governments and organizations are on the one hand using data, of our behavioural patterns, to attack our minds. And on the other hand, promising us that our data is completely secure, in their servers.

“Edward Snowden steals data and he is called a criminal. Mark Zuckerberg allows data to be sold, and he is declared the ‘Man of the Year’”. That’s one of the Internet memes crisscrossing the cyberspace now.

Despite all the big things companies are promising us, like end-to-end encryption, we are really not sure if our communication and our data are really, genuinely, protected.

If George Orwell were alive today, I am sure he would not have said: “Big Brother is watching you”.

He would have re-written it saying, “Big data is manipulating you”.
Posted by Joel Indrupati at 8:44 AM

These articles appear in print editions, on Wednesdays